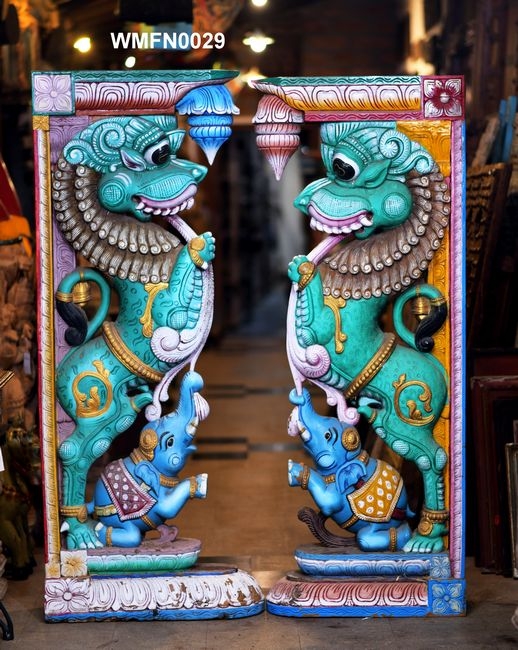 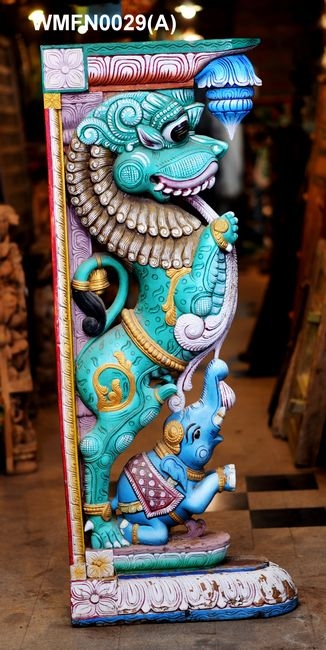 Product Description:
Yali (also known as Vyala or Vidala in Sanskrit) is a mythical creature seen in many South Indian Hindu temples, often sculpted onto the pillars. The yali has a catlike graceful body, but the head of a lion with tusks of an elephant (Gaja) and tail of a serpent. Sometimes they have been shown standing on the back of a Makara, another mythical creature and considered to be the Vahana of Budh (Mercury). Descriptions of and references to yalis are very old, but they became prominent in south Indian sculpture in the 16th century as protectors of the temple. Product Specification:
70 x 23 x 182 CM 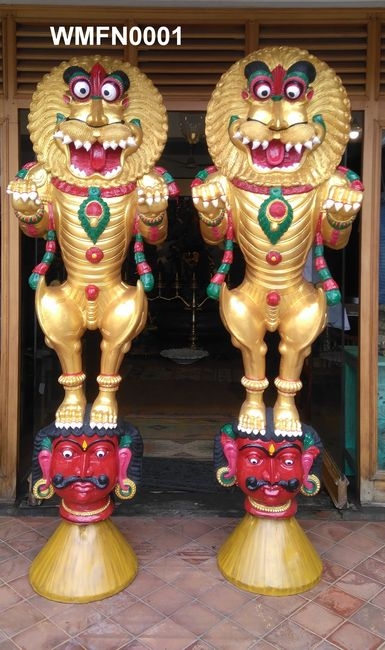 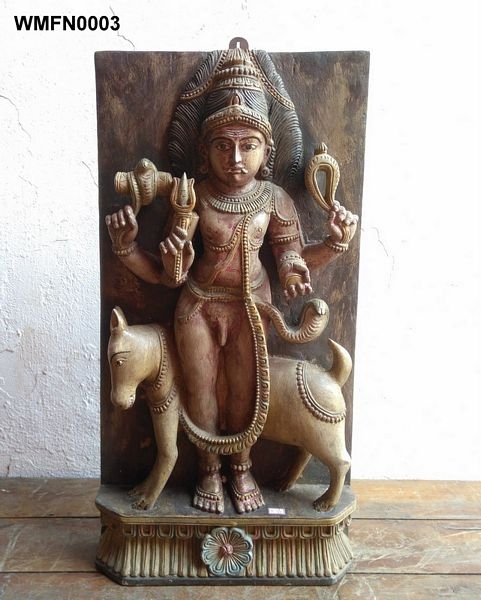 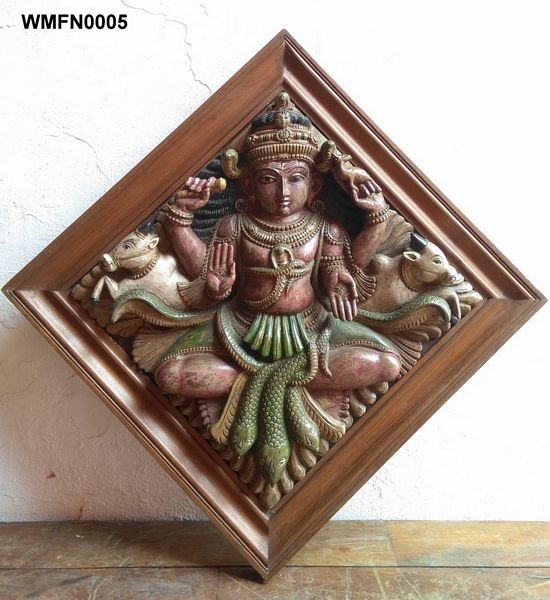 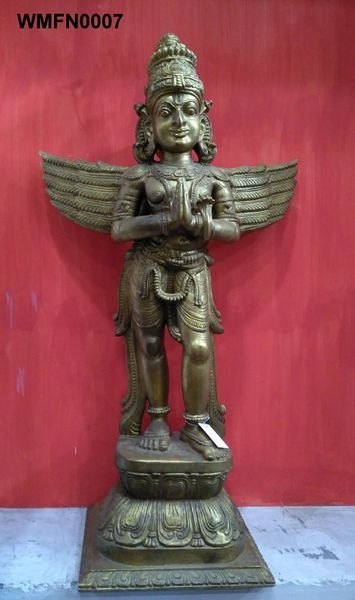 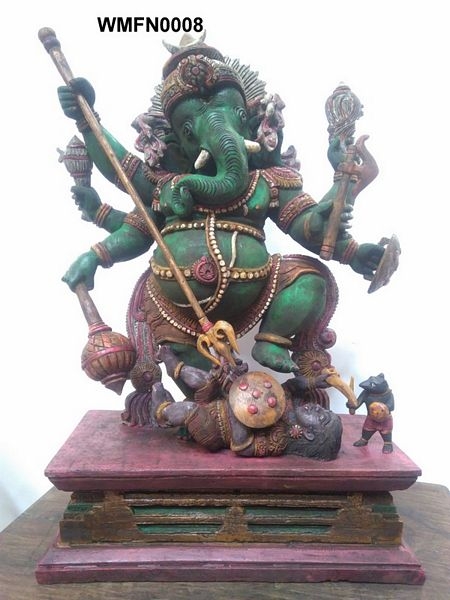 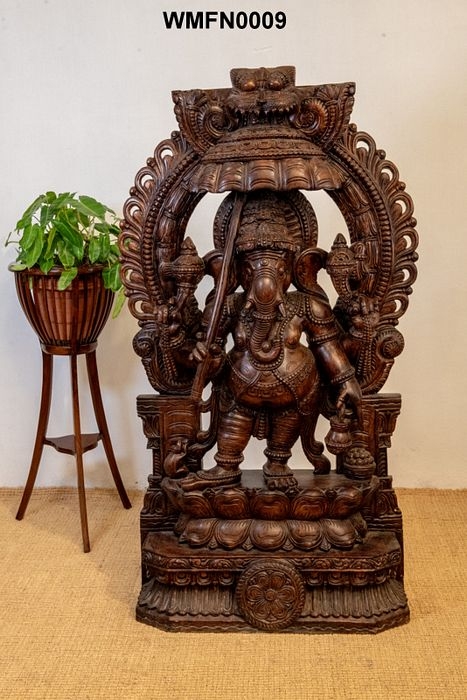 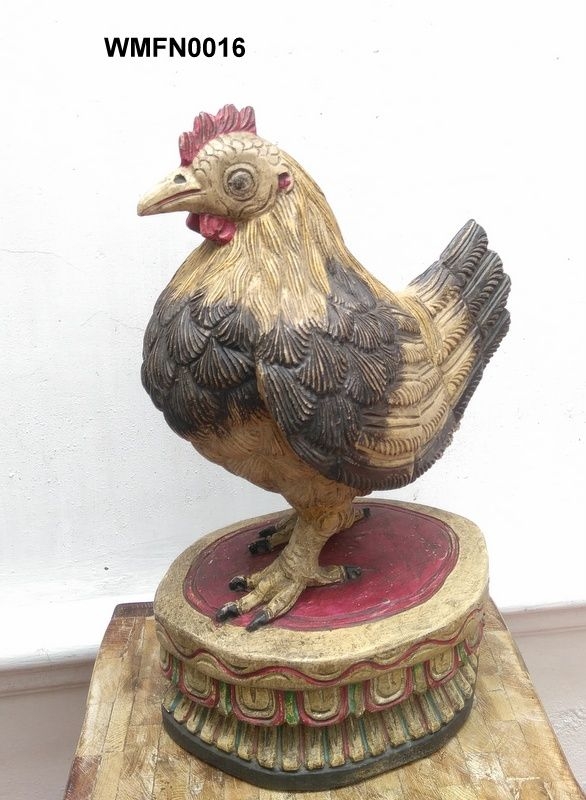 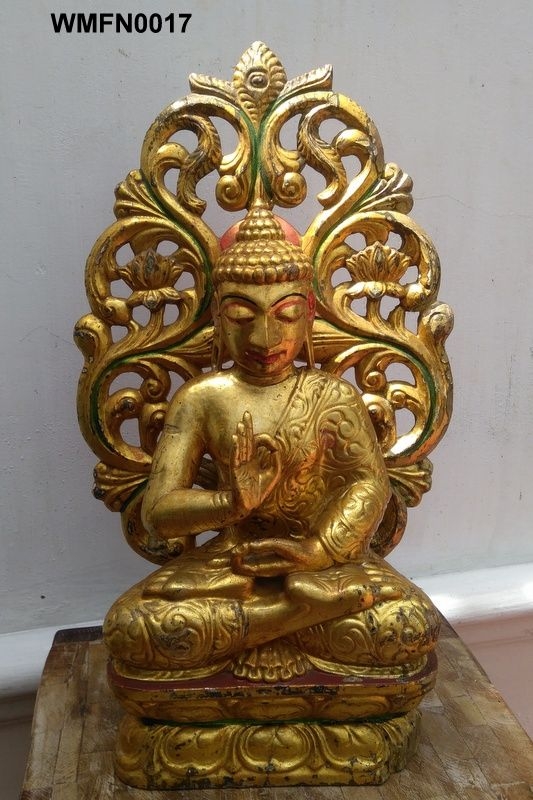 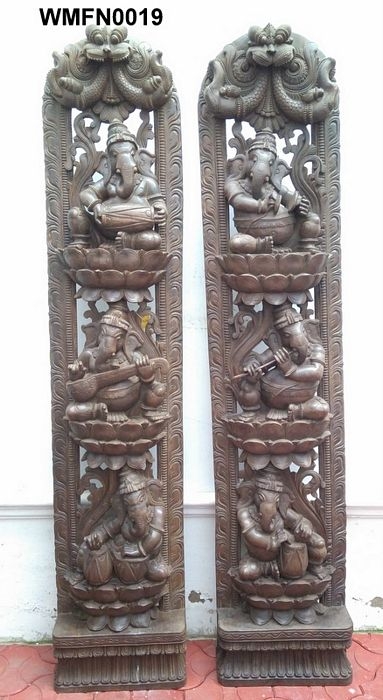 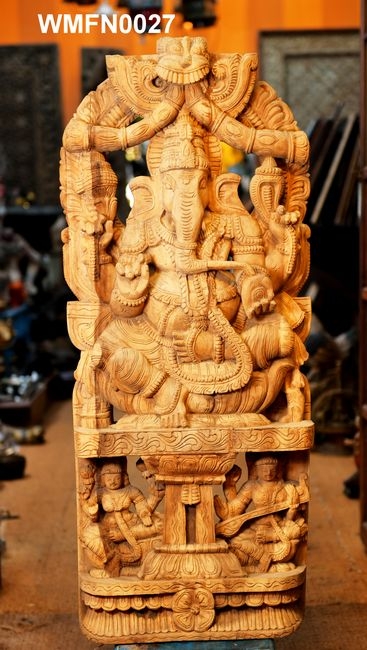 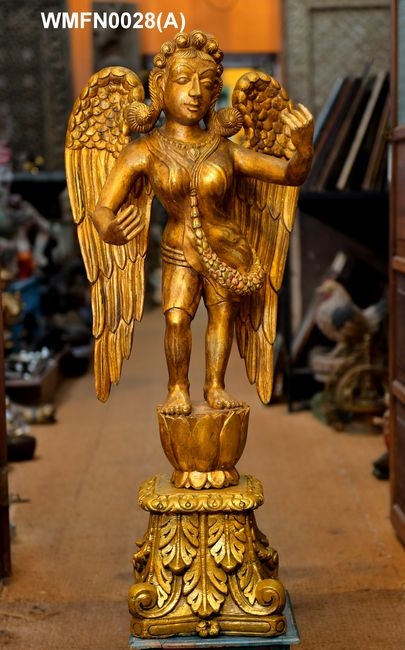 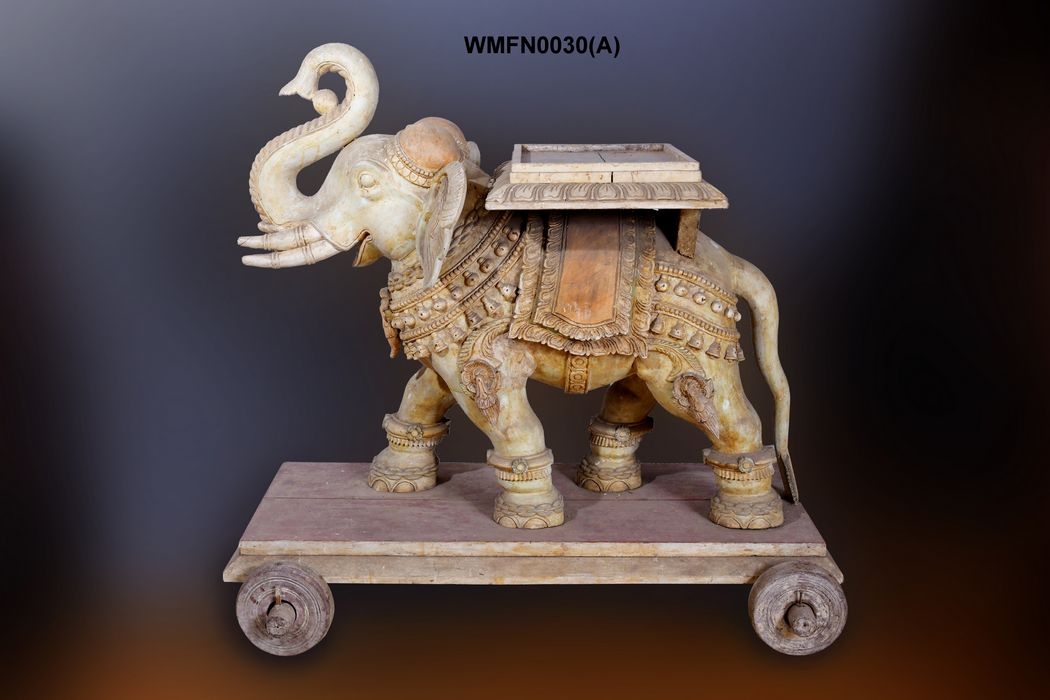 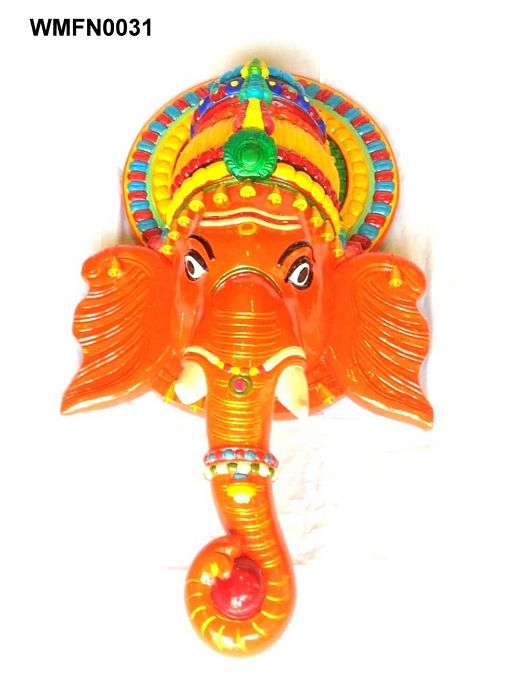